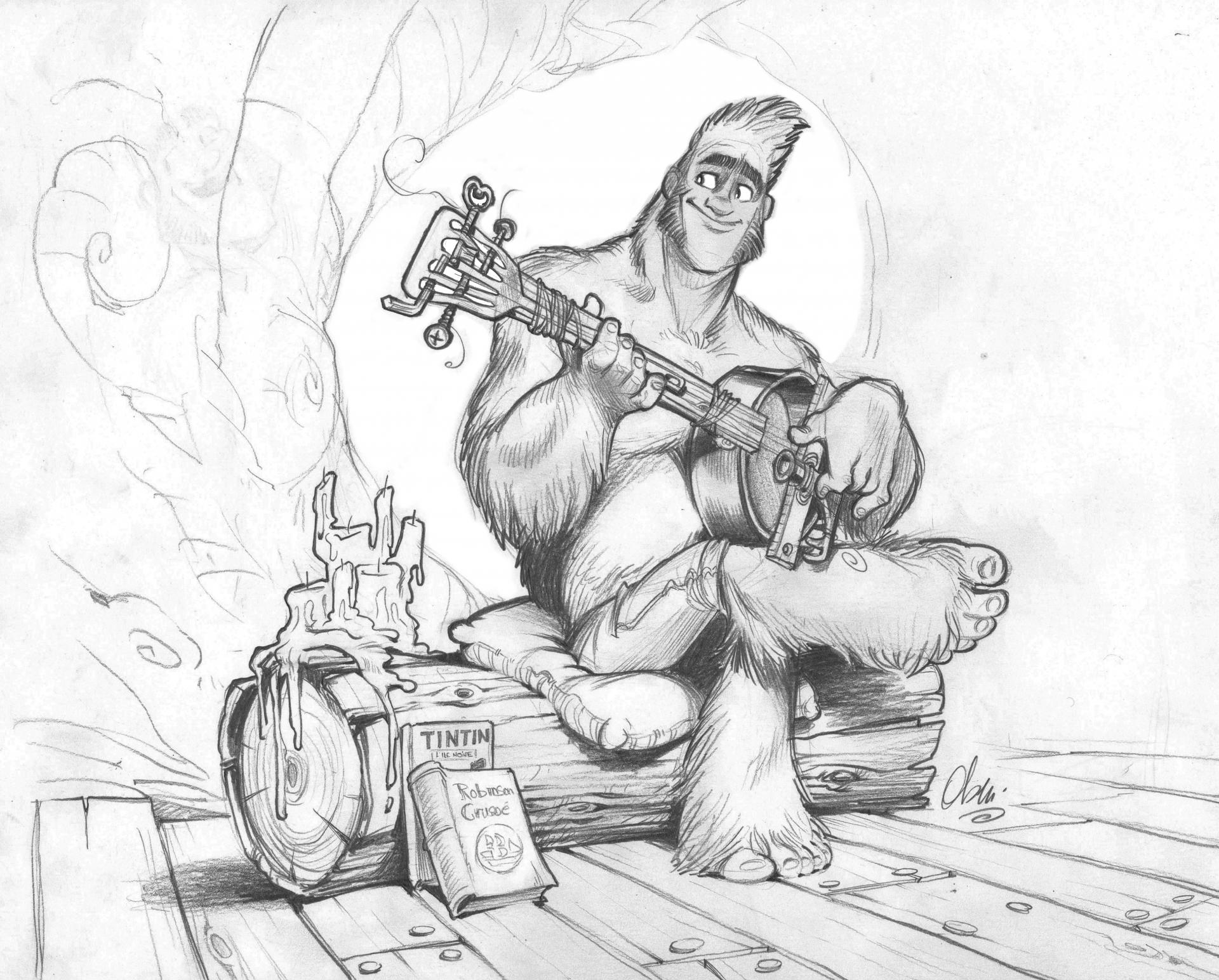 I remember that morning in October. I was sitting in the subway holding the Cal Brunker and Bob Barlen’s script in my hands. The lettres « The Son of Bigfoot » glowed in courier 12 on the first page… Like a kid watching the next Pixar trailer, I realised that I was going to create Bigfoot!

One day, sitting beside Sylvie Lacroix and Jérémie Degruson, ay nWave Studio, the daydream ended and we had to throw ourselves into the project. I got my pencil out and dived back into the classics.

My lithe sister - Amandine - and I have always been fascinated with the world of cartoons and our dad collected comic strips. Coming from this mixture of Chinese ink and film reels, I looked back, taking inspiration from the monsters of my childhood.

Well our Bigfoot has spent a decade hiding out in the forest. he needed the paternal kindness of Sulivan (monster Inc.), the impressive of the Beast of Glen Keane (Beauty and the Beast), but also a touch of wildness like Hébus the Troll (Lanfeust of Troy). All of these ideas scribbled down on paper led me to imagine a disheveled gigantic creature with huge hands, dressed in leaves and animal skins.

Sylvie reminded me not to deviate too far from the theme of th film. « The Son of Bigfoot » wasn’t the story of a kid and his pet Chewbacca, but that of a father and son. Little by little, my Bigfoot got back on his feet and started to look more mike a dad - a super dad with massive paws and bad ass powers, but still a dad.

From the start, the process of creating Adam and Bigfoot went hand in hand. The production team liked the design and the hairy strongman sent over the 3D department.Luckily, they kept Hébus’s auburn mane as nod to the famous Troll.

Later when Bigfoot and the other were being animated on screen, Sylvie, halfway between confusion and amusement, came to see me. Adjusting her hairband, she asked confidentially, pursing her lips : « There’s one thing I’m still wondering about, how does Bigfoot changes his trousers? » 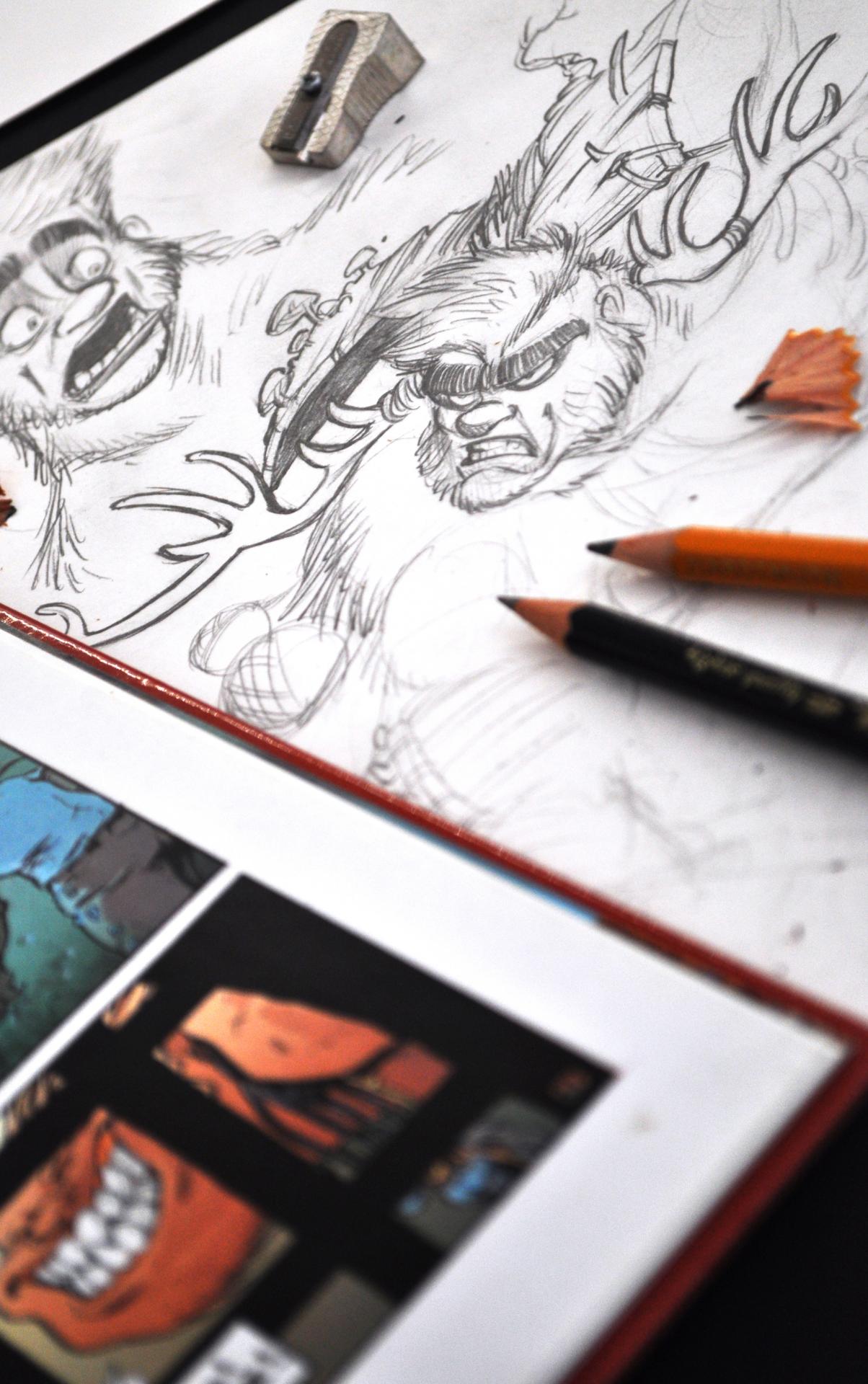 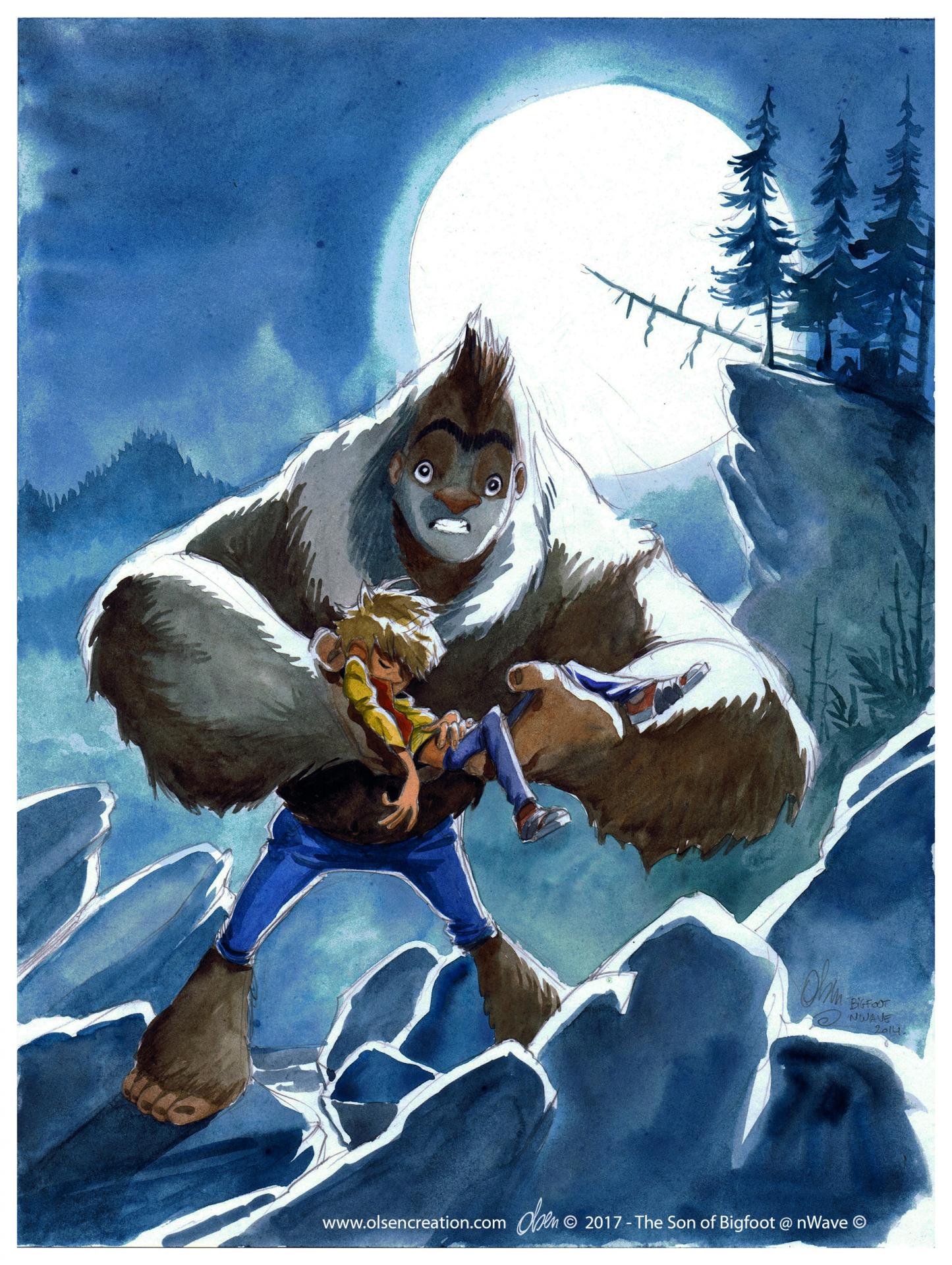 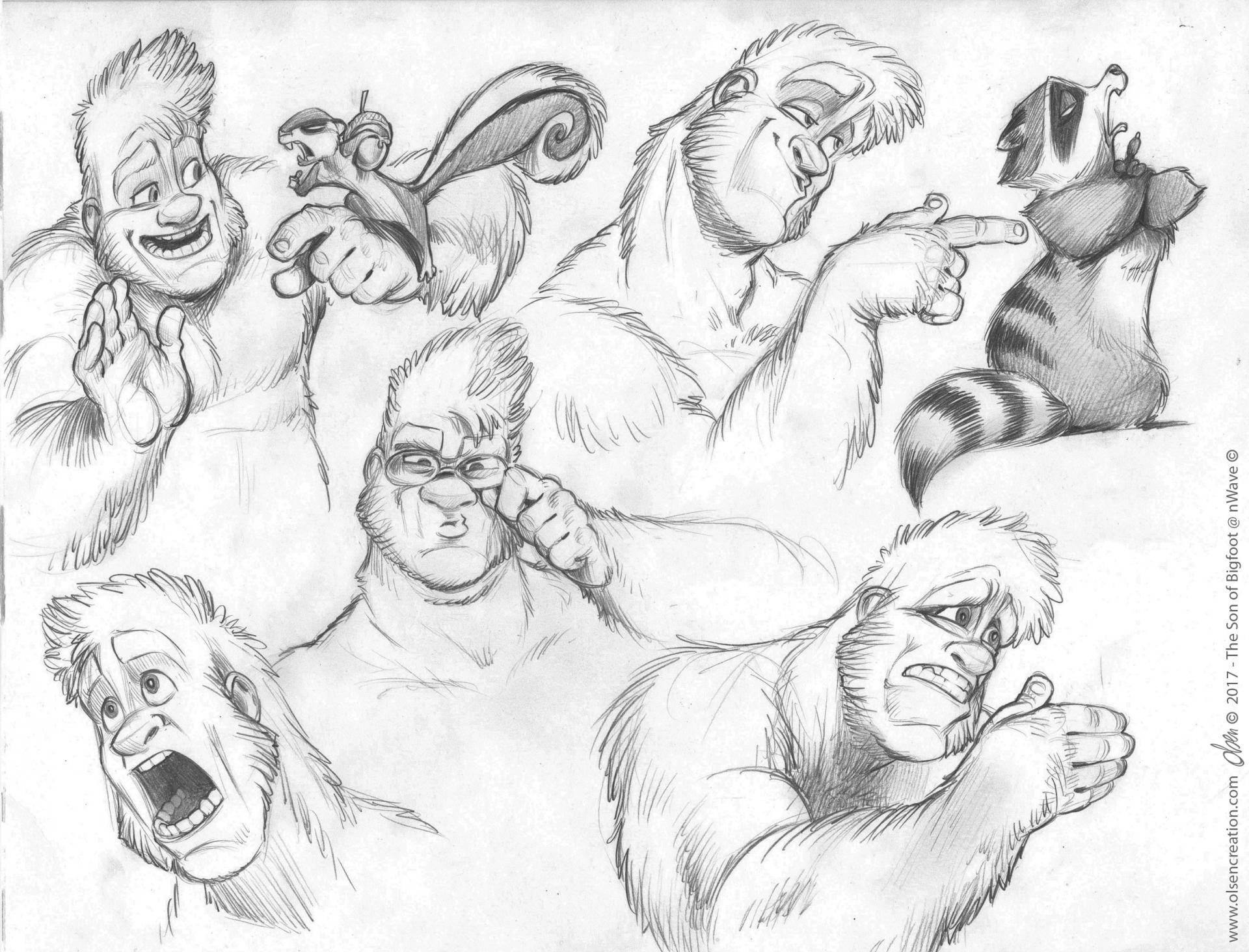 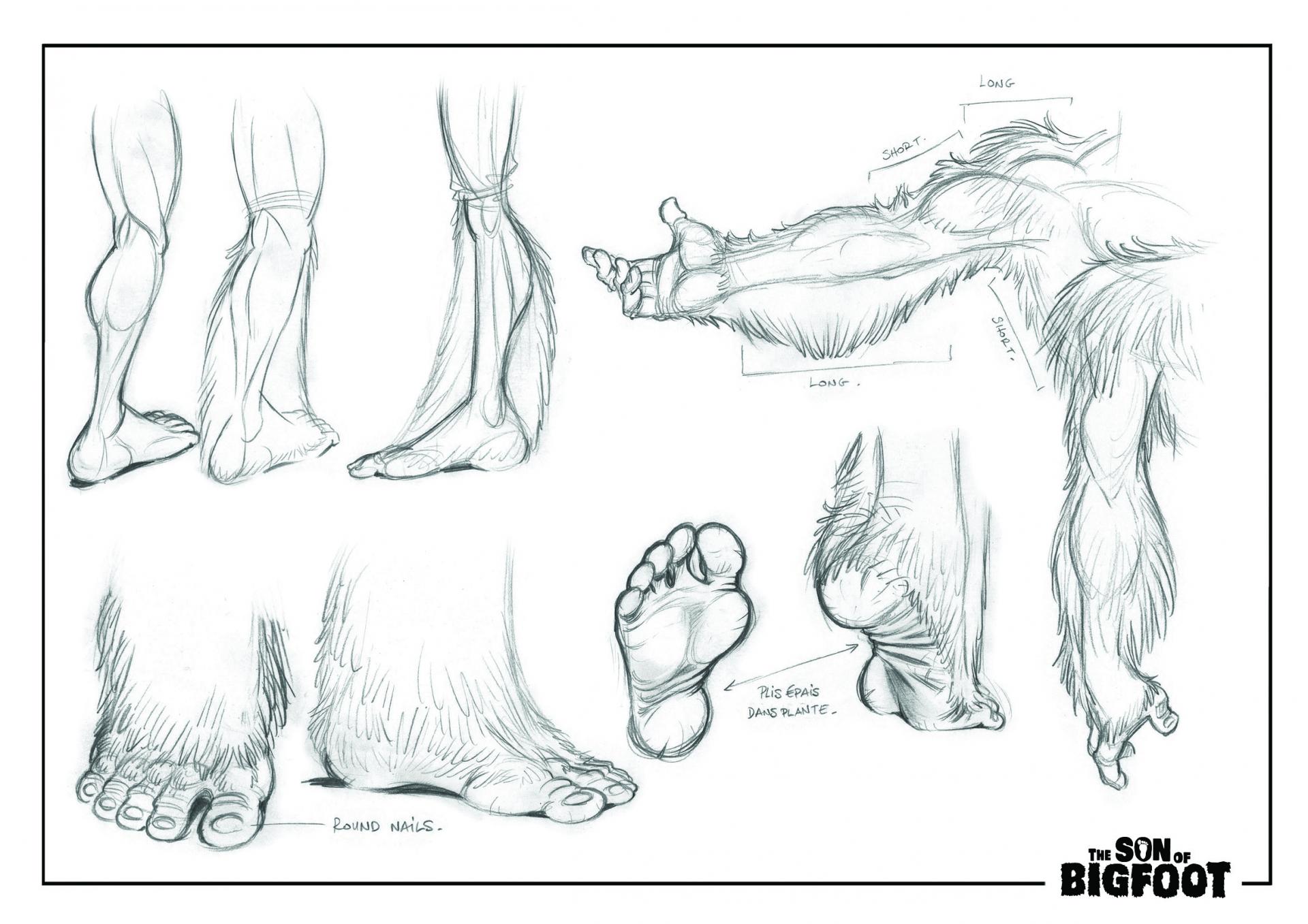 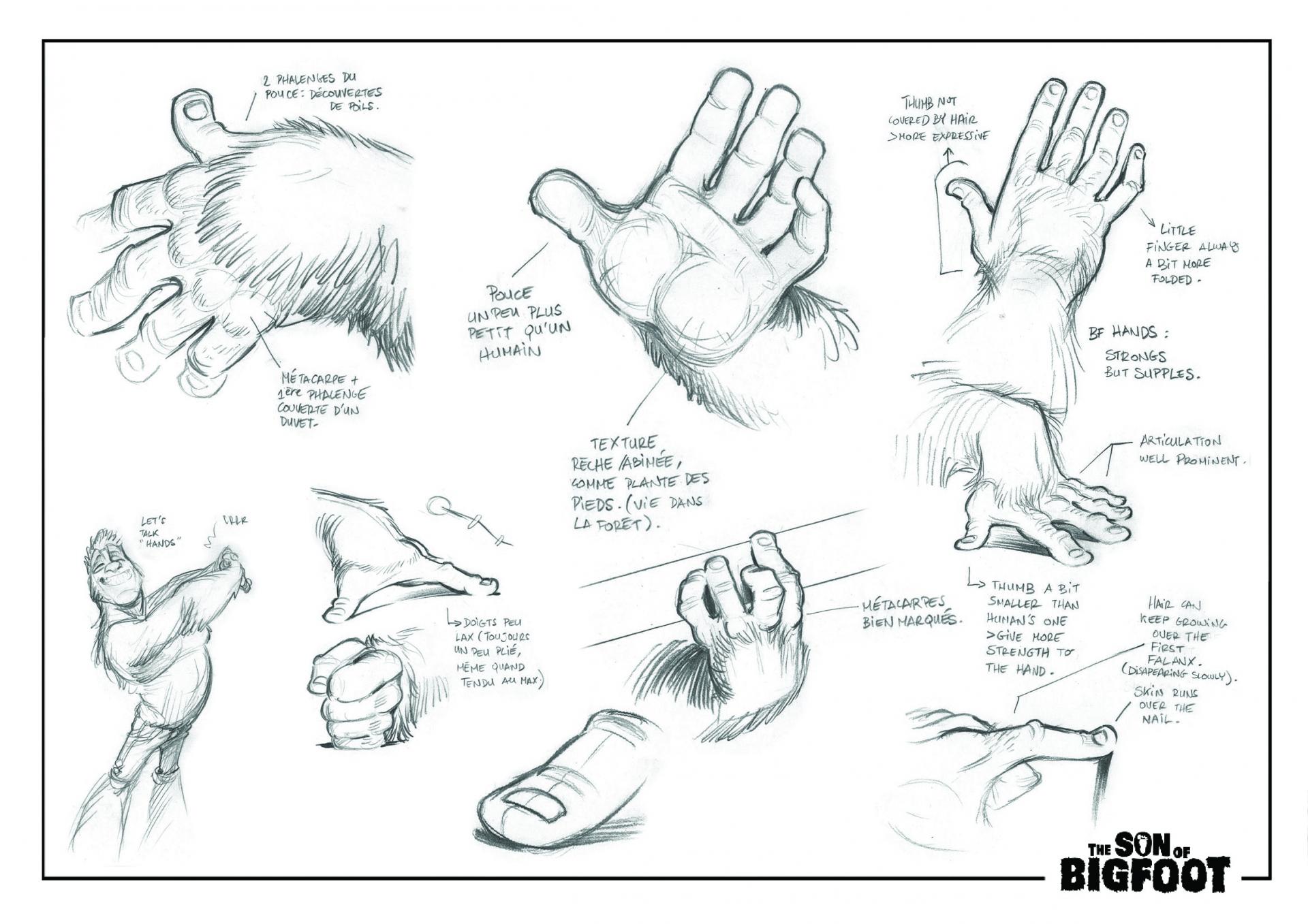 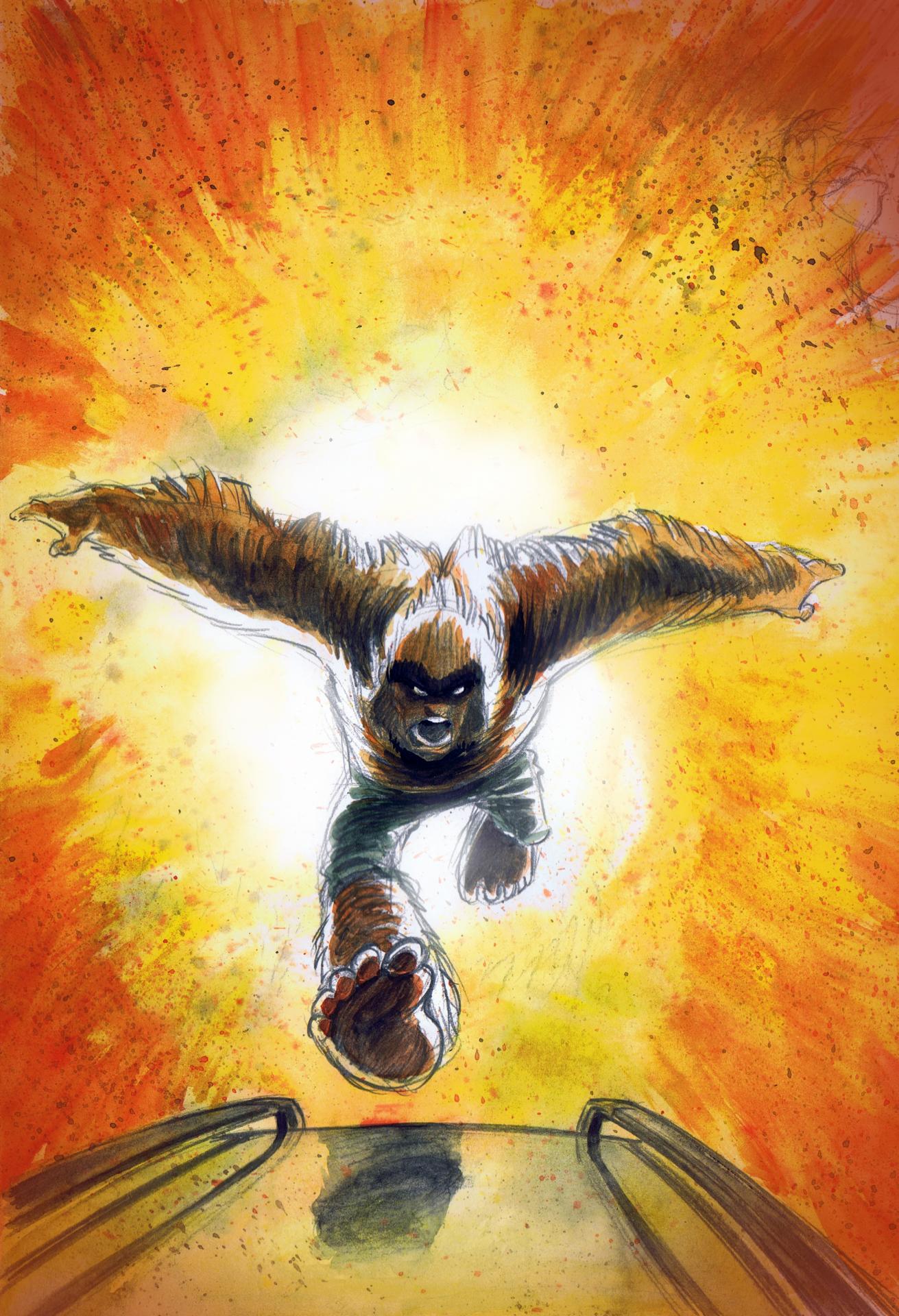 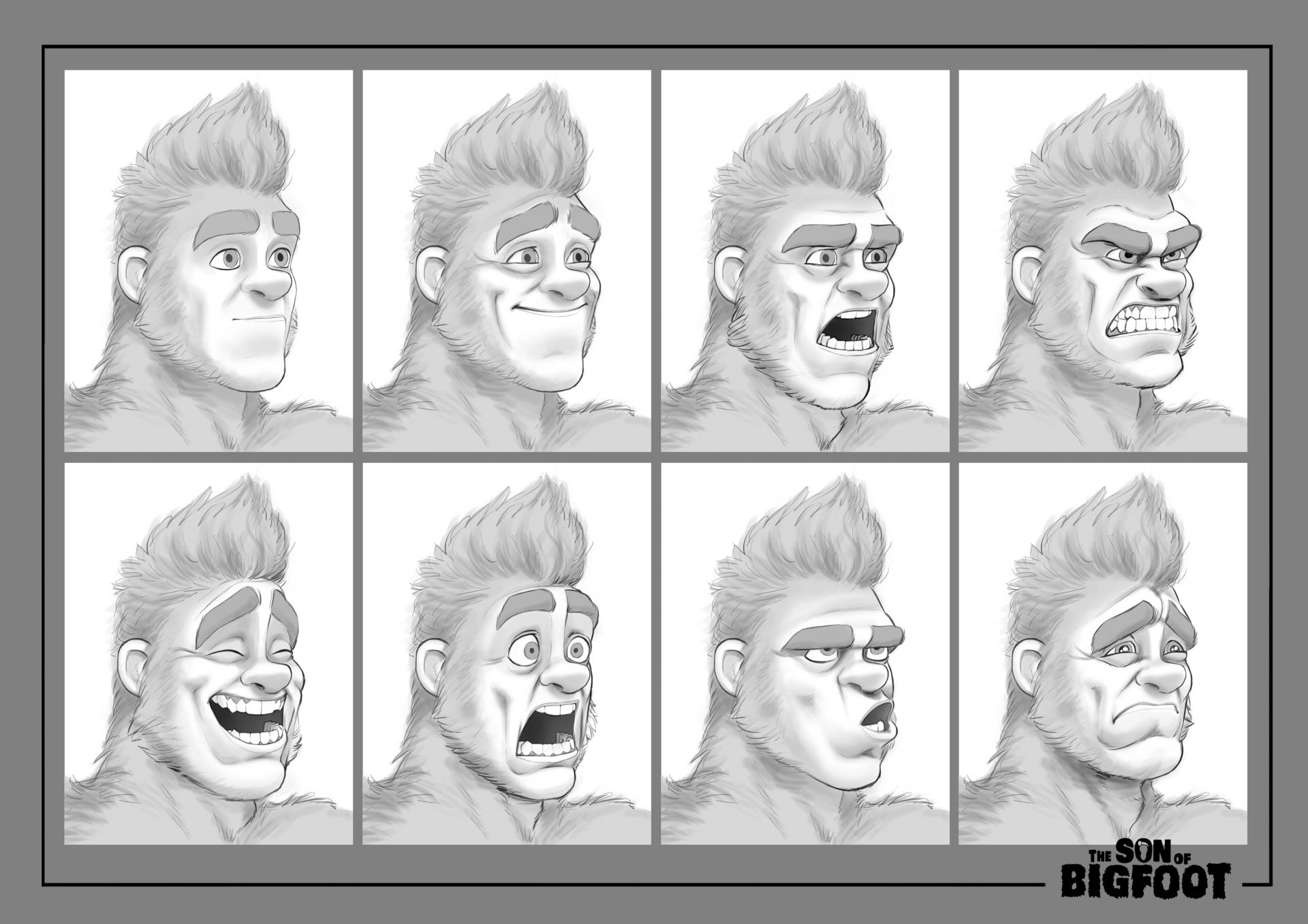 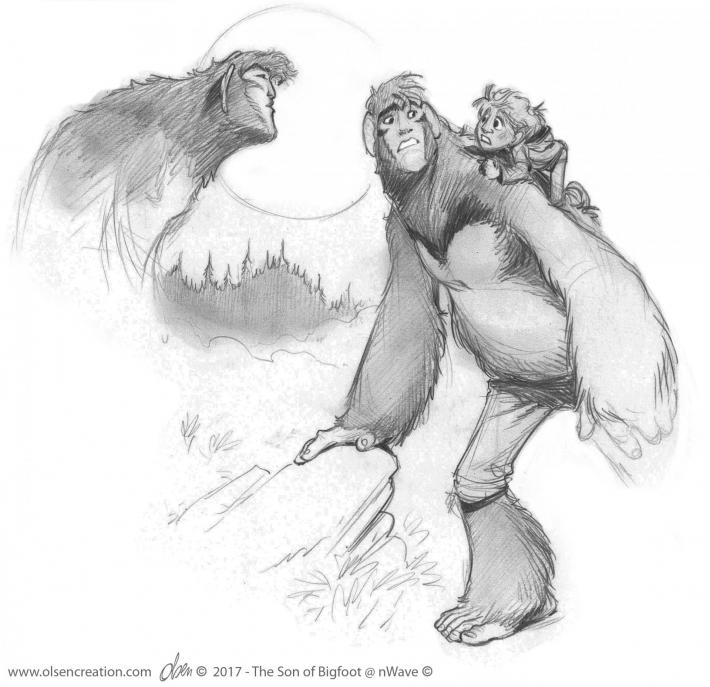 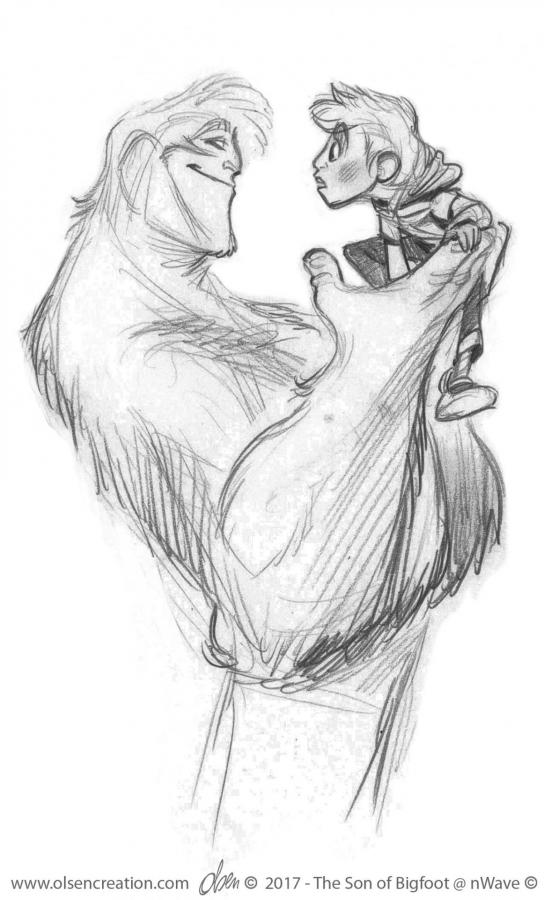 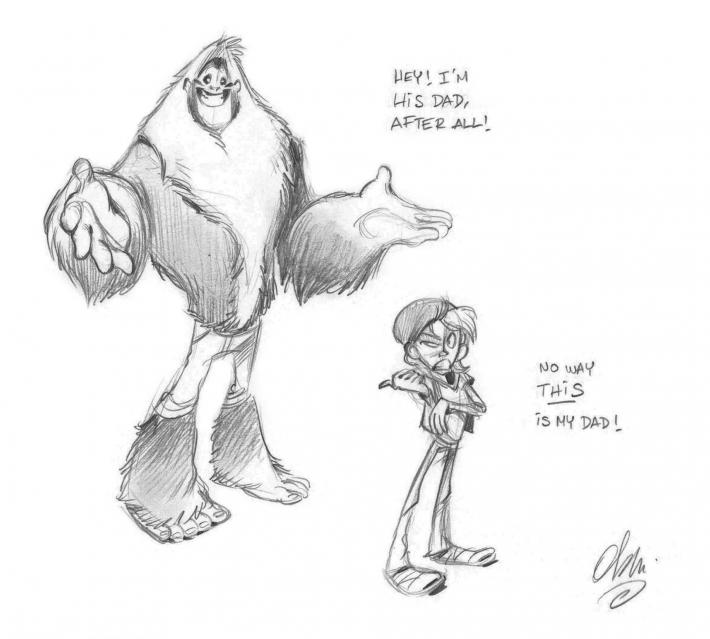 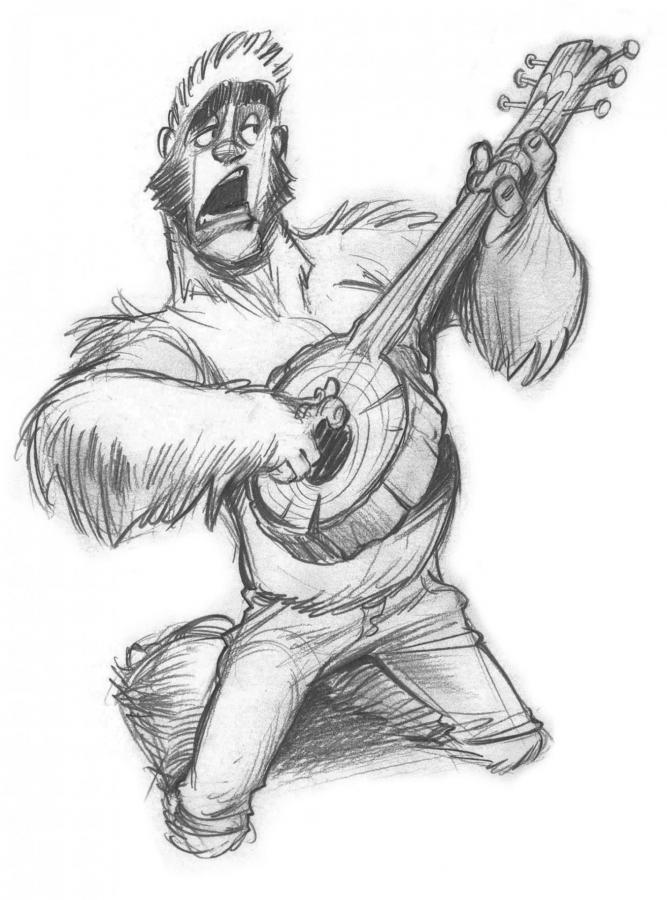 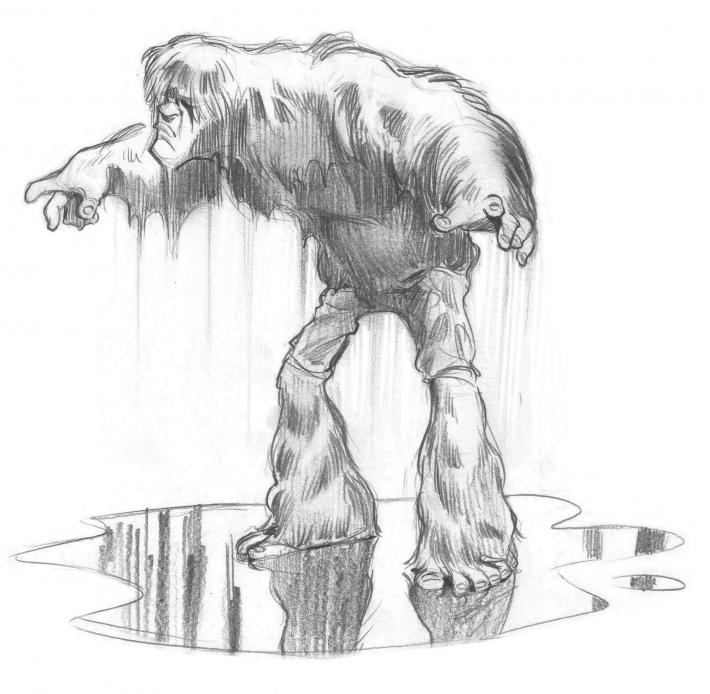 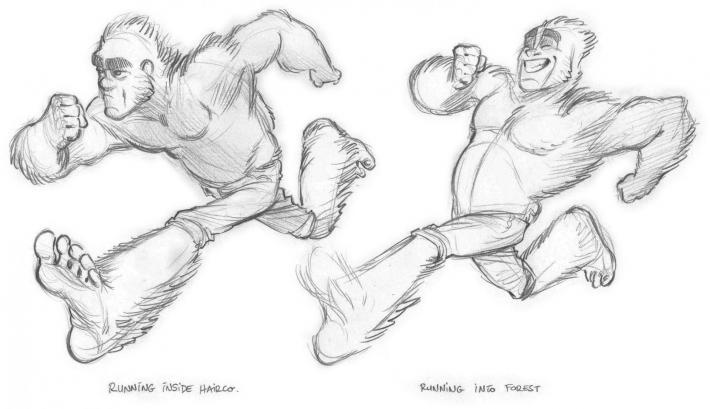 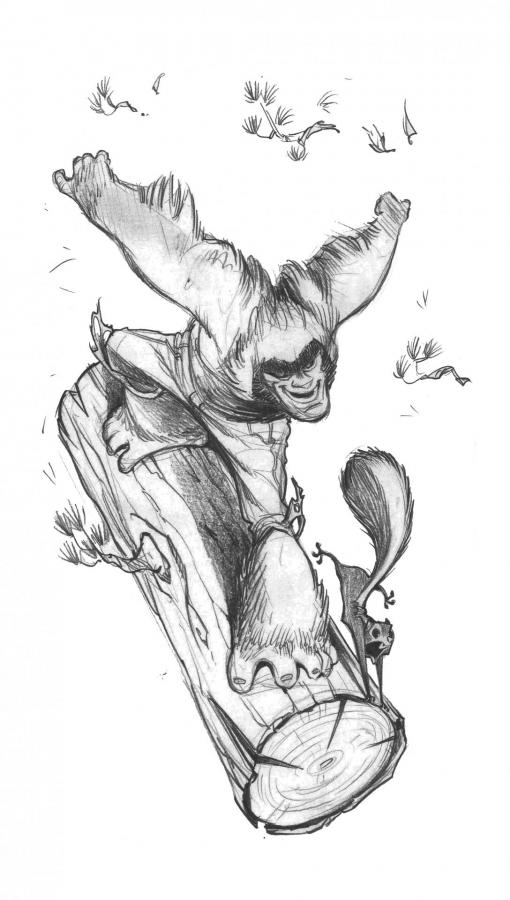 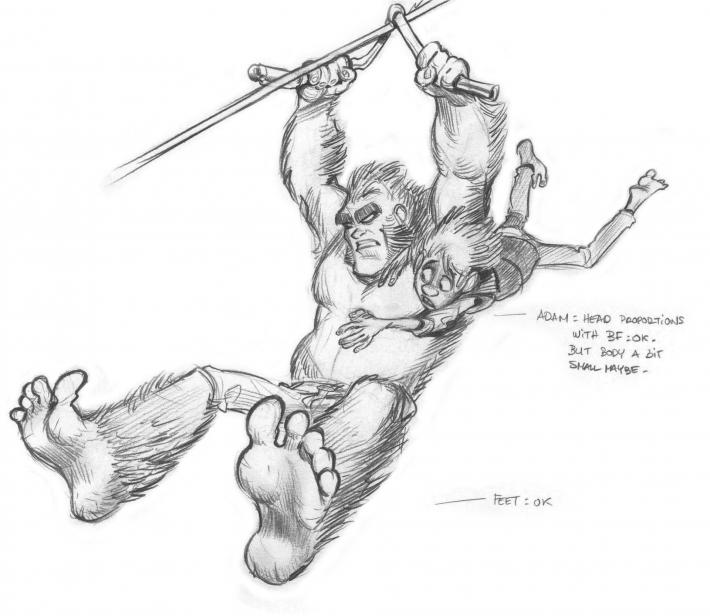